Here’s a little introduction to the fascinating railway that is now all gone but not without leaving it’s mark on history.
The Earl of Dudley’s Railway was an independent mineral and industrial railway, which at one point stretched for some 40 miles across the south west of the black country. The railway has a very long heritage and a little place in history. However with the last steam engine withdrawn from service in 1963, very little remains of the once important railway.
Perhaps though with one lasting connection to the present day, is that the railway once serviced the Round Oak steelworks, with much of the internal railway still left at the site once being a part of the Earls Railway.

Its little place in history (and the NRM) was assured in 1829 several months before the Rainhill trials, when large crowds gathered in the Pensnett area of the railway (at this time known as the Shutt End Railway) for trials of the locomotive Agenoria, which was seen pulling up to 20 mineral wagons, weighing over 130 tons, managing a speed of between 3 and 7 mph. Interestingly the builder Foster Rastrick, of Foster Rastrick and co, Stourbridge, was after this trial run of Agenoria invited to be a judge at the Rainhill trials. Agenoria can now be seen in the great hall at the NRM, minus her tender, but well preserved.

In the very early part of the 17th century it was discovered that the land in the black country was rich in minerals, Coal, Limestone, ironstone and clay were in abundance, however a ridge some 800′ above sea level ran through the area, while to the North and East of the ridge the minerals were pushed to the surface and easily collected, the terrain to the South and West was more hostile, and it was for this reason that ultimately brought the railway in to being, alongside the many canals in the area. The owner of the land to the South and West of the line was the Ward family, who had succeeded the title and ownership of the Dudley estate in the late 18th century.
As the railway developed in the mid to later half of the 19th century, the railway purchased tender locomotives from Manning Wardle, which worked the line for many years, before the railways own workshops rebuilt them in to small 0-4-0 and 0-4-2 locomotives, these worked up until the turn of the century when further purchases were made trialling different makes of small tank engines, with locomotives from Avonside and Peckett being used on the line, but when a few Andrew Barclay 0-4-0 st were introduced to the railway they soon became the mainstay of the line up to until their withdrawal in the 1960’s. Barclay 0-4-0 and 0-6-0 saddle tanks were in abundance on the lines. Very few survived in to preservation, as most were cut up at the works and the scrap used in the furnaces at Round Oak.
The Earl of Dudley’s Railway was a very complex and interesting system, with vast workshops on site at ‘The Wallows’, a 90 deg crossing of the GWR mainline at Round Oak, connection to multiple coal mines, canal basins, landsale wharves, which for instance took the railway almost in to the town centre of Dudley, the railway has a long history and hopefully by modelling this little railway I can convey some of that importance and history.
If anyone would like to learn more I canhighly recommend the book The Earl ofDudley’s Railways, by Ned Williams.

As eluded to in my last post, I’ve entered a design to the MRJ/Wild Swan and Titfield Thunderbolt bookshop Cameo layout competition that was announced last year.

The competition is being held to not only promote the Iain Rice Creating Cameo Layouts book but also to bring finescale in small spaces to a broader audience and tempt modellers to try finescale modelling.

Iain’s book is highly recommended and owning a copy was a requirement for entry. So here’s mine.

So what have I entered?

It’s a small P4 Cameo and is set in the early 1920’s in Black country, the layout is based on the railways of the Earl of Dudley. The Earl’s railway (also known as the Pensnett railway) was a comprehensive mineral railway system in the South Western corner of the Black country in the West Midlands.
My cameo entry is designed to represent one of the railways many Landsale Wharves, where the local coal was offloaded to businesses and the general public.

The layout design is a simple fan of 3 sidings, with a kick back spur/headshunt. It actually draws inspiration from an Ian Futers design. The idea behind the design is for a minimalist scene with a few structures, for dealing with the sale of the coal, and a little Autumnal landscaping.

As well as this blog the build is being documented on The Western Thunder forum too as a requirement for entry. Dudley’s Coal can be found here.

As suggested by the company the kit was built using CA glue, although you can very easily solder the building together, which may be easier, attaching some of the parts that require the usual three hands to hold everything.

A magnifying glass/stand is required, as the kit has an etched door-handle and mount and even with 30-something eyes I needed help locating the etch.

All the etching is very crisp, and the next stage is a priming coat, to see what needs a little tidying up. 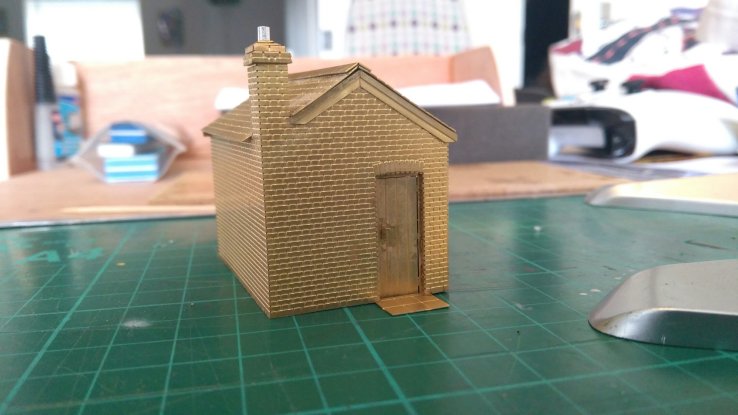 I know common wisdom is to use an etch primer, but I’ve been reading on a few US modelling streams about a new airbrush friendly primer, called Stynylrez from Badger. It can be airbrushed straight from the bottle and comes in a range of colours.

A little experimenting should be fun.

Have a Merry Christmas holiday and wonderful New Year everyone! Happy modelling. 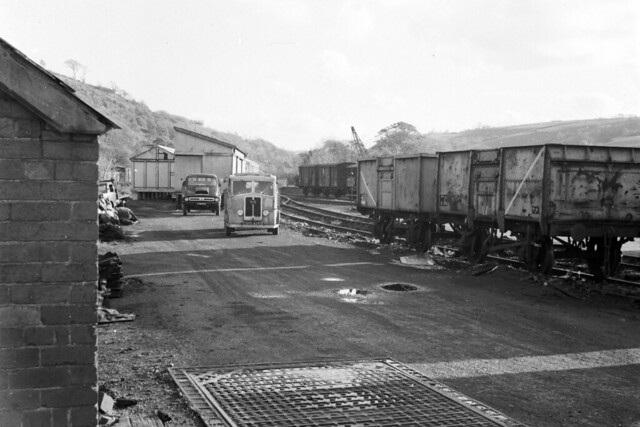 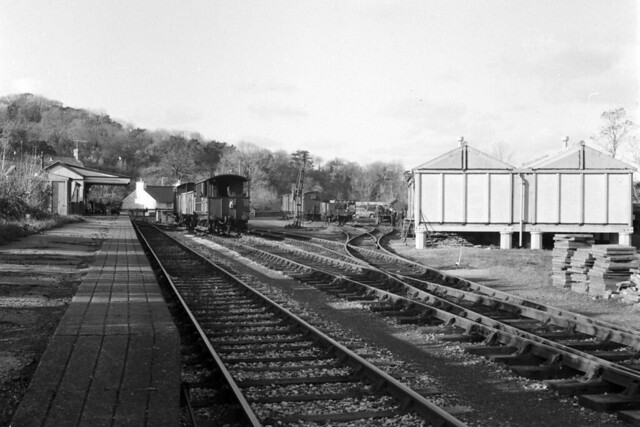 Far too much time passes by between blog posts. Unfortunately the same can be said for my modelling time. Although I’ve not managed to get much modelling done this year I have managed several projects, some of which  I shall be blogging about this year as I develop the projects further. One major project I’m embarking on is Radio control. More about that in the new year.

I have decided to change my direction a little for the time being and have begun collecting items and ideas and information on GWR railways in Wales. More specifically in Mid Wales, the Lampeter Aberayron and New Quay Light railway and the Carmarthen to Aberystwyth mainline in the late 1940s. There may be a move in to British Railways but to start I shall concentrating on late 40’s pre BR. With the recent Bachmann class 64xx pannier having another run after selling out its possible to start this project, Tom Foster on his Blog has very finely modelled the GWR Pannier of the 74xx class from the Bachmann 64xx, from which I shall be taking great inspiration. As with the typical 14xx and autocoach, the 74xx pannier was the mainstay of the branch from their introduction until the line closed in the early 1960’s. 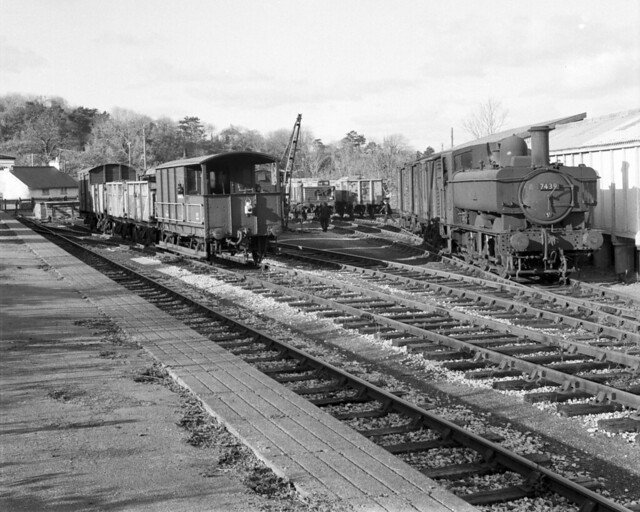 There are not many photos of line from the post war years and most are taken in mid to late 1950’s which should of meant that I did indeed model the BR days, but passenger services ceased in the years just before nationalisation and as I wanted to model passenger trains late GWR it is.